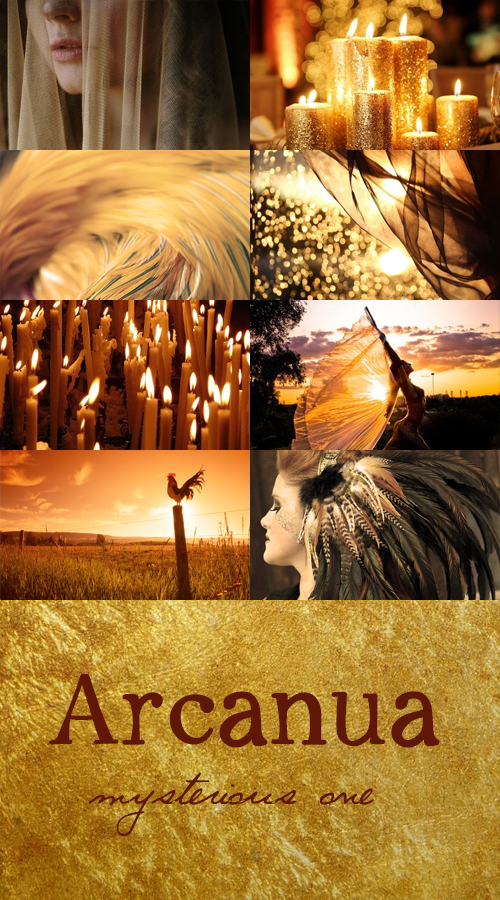 As most of you might have figured by now, I love religious history and mythology. In my spare time I love to read myths and legends from all over the world and see how their Gods, Goddesses and other creatures were seen and maybe even worshipped. A few years ago that curiousity got me thinking: what about my own cultural heritage? What about the Dutch Gods and Goddesses of Old? I’ve been researching on and off ever since and have been surprised with what I’ve found. So far I’ve uncovered 29 Gods and Goddesses specific to the Dutch region, not including the Germanic Gods. In this series I want to share some of my findings with you, and introduce you into the marvelous world of Dutch mythology!

In 1976 in Burchten, a region in the provence of Limburg, amateur archeologists found the foundations of a Roman building. During excavation archeologists found a bronze and enamel rooster, with the name of the Goddess Arcanua stamped on it. Later, in 1982, other archeologists found a small bronze leaf in the same area. The name Arkanua was stamped into it, leading historians to believe that what they had thought was a Roman villa, was actually a temple dedicated to the Goddess Arcanua or Arkanua. The name Arcanua means ´the mysterious one´ or ´the mystical one´ in Latin. It is believed that She was a local Goddess who was was revered in the region before the invasion of the Romans. 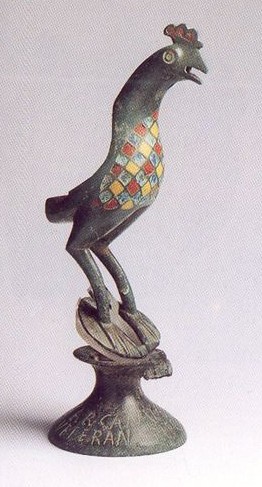 The bronze and enamel rooster is the biggest source of information we have on this Goddess. In the area surrounding the temple, more roosters like this one have been found, but this is the only one with and inscription. It reads: DEAE ARCANVE VLPIVS/ VERINVS VETERANVS LEG VI V•S•M•L, meaning ‘To the Goddess Arcanua Ulpius Verinus, veteran of the sixth legion, has redeemed his vow, willingly and with reason. The mention of the legion and the name Ulpius Verinus makes it very likely that this little rooster is older than originally thought, probably dating from somewhere between 123- and 142 A.D. Which makes it the oldest mention of the term DAEA we have to date.

The statue is made of bronze, with enamel eyes, beak and wings. The back of the rooster is hollow, which leads historians to believe that it was used to burn candles or perhaps oil in it’s cavity. This statue differs from others found in the Netherlands, which are usually sandstone altarstones depicting humanoid figures, sometimes accompanied by animals. This could mean that the rooster was an important attribute to the Goddess, or it could mean that the statue itself is not from the Netherlands, but could be from Brittania, where more of these roosters were found.

The leaf gives us little more information about who this Goddess was. It reads: D/ ARKANV/ AE/ M•I•AM/ L•M, which we can compement to D(AEA) ARKANVAE M(ARCUS) I(ULIUS) AM(—) L(IBENS) M(ERITO), which means ‘to the Goddess Arcanua Marcus Iulius Am— has devoted this, willingly and with reason’. Nothing is known for sure about Marcus, or why he would devote anything to this Goddess.

We don’t know anything else about this Goddess, what she stood for, what her attributes are, it’s all guesswork. So this is what I think this Goddess was. The rooster is a symbol of the dawn, of the rising sun. Combining this with the idea that the rooster was used to burn candles or oil, it could mean that Arcanua was a Goddess of light. A Goddess of the morning and the rising sun, the light after the darkness.

The meaning of her name, ‘the mysterious one’, could point to Her being a Goddess of the Underworld, many Goddesses of mystery are also Goddesses connected to the Underworld. The keepers of the hidden, that which is behind the veil. Many of these Goddesses, like Hecate, are also seen as Goddesses of magic. Arcanua has the word ‘arcane’ almost screaming at you when you see it. Furthermore, roosters are seen by the Celts and Germanics as messengers to the Underworld. A rooster would cry out if there was danger to the soul of a fallen. Combine that with the fact that the rooster was devoted by a veteran, and Arcanua might have been a Goddess who brought the souls of slain warriors to the Underworld.