Wow, you guys! It’s been a while… Time just ran away from me, mostly fun things, luckily, and work has been hectic. I plan on having more time to blog, write and craft in January. Until then I’m splitting everything into smaller posts. So yay for a new post! {finally} 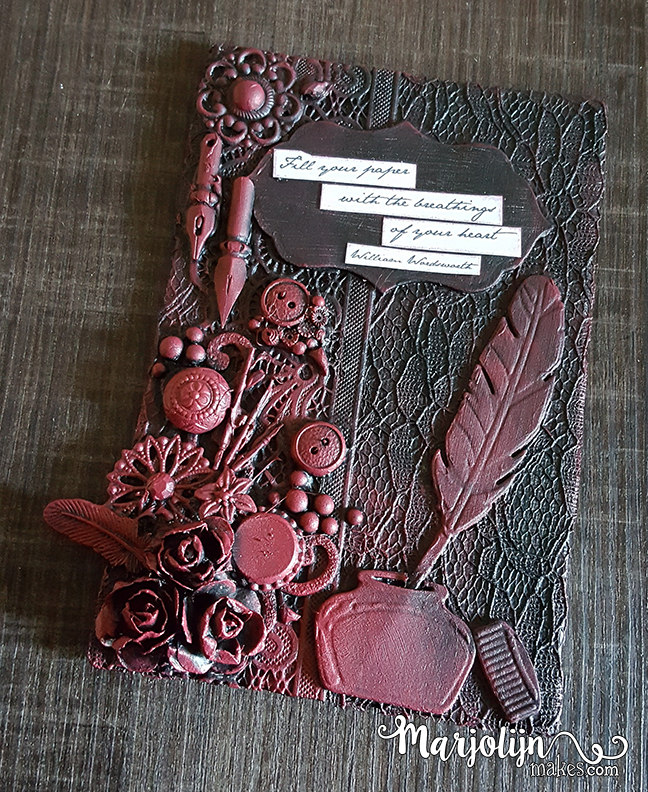 So my sister-from-another-mother/writing buddy turned 30 last week and I couldn’t let that go without making something spectacular for her. Last year I made her a Edgar Allen Poe’s the Raven themed card {or see below} and in the comments she stated that she set a goal for me, to make her a more beautiful card this year. Well then, I couldn’t just let this challenge go, now could I?

This is the first time working with mixed media for me, so lots of hours scouring pinterest and looking for styles and techniques that appealed to me. Above is the work in progress, just before I added the Gesso and really got the party started. Since we’re both writers, and my presents were writer-themed, I wanted the card be about writing as well. I used the Marianne Design cutting die quill and ink (COL1375) and one of the Spellbinders for the plaque where I put the quote on. The rest is stuff I had laying around, like buttons, watchparts, charms and an actual pen-nib. 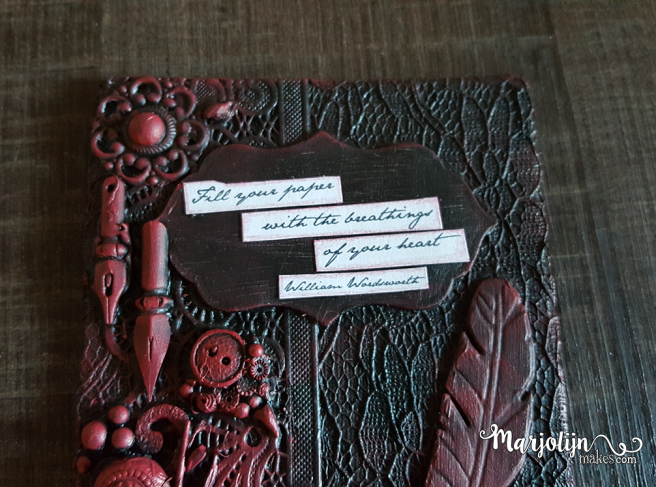 After that I Gesso’ed {is that a word? It is now…} it, painted it black and then drybrushed it dark red {her favourite colours}. We’d been sending each other quotes on writing for weeks now, so I wanted to incorporate one of the quotes here as well. It’s from William Wordsworth and reads: “Fill your paper with the breathings of your heart.” I printed it out in the same typeface as her tattoo, that we got together when we had our 25 year friends anniversary. She had “write” tattooed in this typeface {Jane Austen} and I had “create” which I handlettered myself.

She absolutely adored it and called me crazy because this apparently doesn’t count as a card… {It’s card-sized, so it counts, right?} It was loads of fun to do and I think I’ll be dabbling in mixed media more often from now on. Now to think up something even bigger for next year… 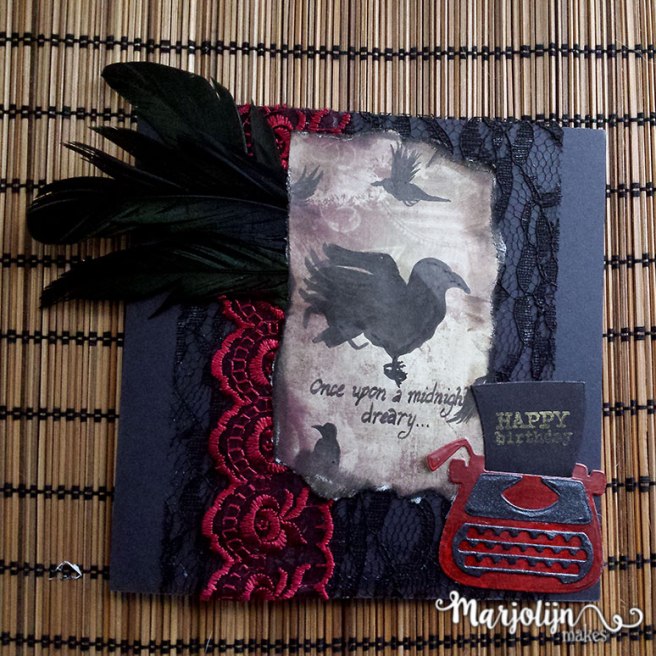 {Last year’s card, which is still on the dresser… yay!}